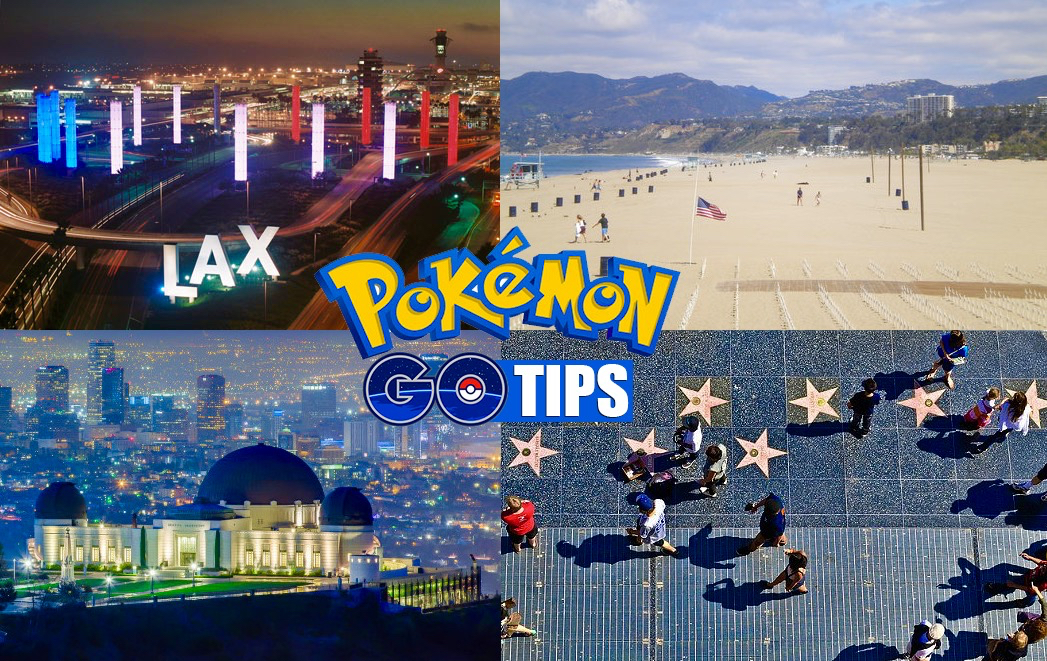 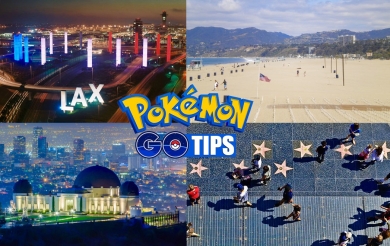 THE Pokemon Go fever has arrived with full force in the City of Angels. And downloaded over 10,000 times, the game has already surpassed Twitter and Instagram in number of users. With so many clients calling for Pokemon birthday outings or Poke-tours with our limo services, we have made an article particularly for all you Pokemon fans out there. Do you for example know the best places for playing the game? The areas where rare types are most often spotted, or where you can enjoy three PokeStops at one single location? Or what beautiful LA restaurant by the ocean that is also home to a gym and a PokeStop? Or how about the fact that so many venues and eateries are offering discounts exclusively for Pokemon Go players?! Hang on as we explain some of the best tips and ideas for playing Pokemon Go in the Greater Los Angeles Area. 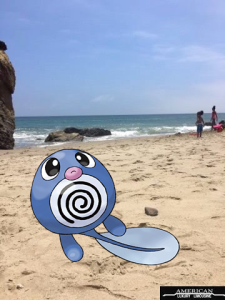 In such a gigantic metropolis as LA has become, there are hundreds of great places to play the game. But still some areas stand out. Did you for instance know that the Santa Monica Pier has three PokeStops as well as a gym? With its close proximity to the ocean, water type Pokemons are abundant here and many have reported seeing extremely rare Pokemons here (see number 3). What’s better than strolling the pier and enjoying a dinner, while taking advantage of the many rare water types found in the area, as well as the gym and three PokeStops for refilling PokeBalls! Another popular Pokemon Go Los Angeles destination for us have been the Cheesecake Factory in Marina del Rey, where you can enjoy a gym, PokeStop and water Pokemons, or maybe LA’s number one place for Pokemon: the many theme parks. Take Universal Studios for instance with its twenty PokeStops and many gyms! The adjacent Universal CityWalk in Universal City is a great place to explore even more gyms and PokeStops. So for the kids’ birthday party outing, why not go for an LA party bus to one of the region’s many world-class amusement parks. Disneyland is also said by many to be SoCal’s top destination for playing Pokemon! 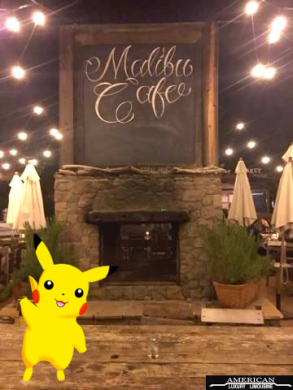 Many of our LA and LAX limousine rental clients have made us aware of the many places that offer great deals exclusively for Pokémon players. An example could be the Natural History Museum of Los Angeles (NHMLA), one of the West Coast’s largest museums and one of L.A.’s most visited attractions. At this museum, there’s not only PokeStops but the museum offers 50 % off for all Pokemon Go Los Angeles players. The Museum of Contemporary Art Los Angeles (MOCA) is also one of the many additional museums offering discounted pricing for Pokémon gamers. The L.A. Zoo has recently introduced their PokéWeek, which will take place July 25 through the 29th where attendees can save $3 on their admission if they have a Pokémon Go app installed. Bragging over 30 PokeStops, catching Pokemon is easy at the L.A. Zoo. Numerous bars offer Pokémon discounts, including the Hilton L.A. bar in Universal City and the Rusty’s Surf Ranch on the Santa Monica Pier which offers cocktails for $5 for all Poke-gamers. Tag yourself on Instagram with a Pokémon at the Skirball Cultural Center and get the chance of winning four free admission tickets!

3. How To Catch Rare Pokemons in LA

Many booking from our Los Angeles, Ventura and Santa Barbara limo services ask us what the actual best place is for catching rare Pokémons. While there may be many places for rare types, many Pokémon themed birthday parties have taken place at Santa Monica Beach and the Pier where numerous rare Pokémons have been caught. Some include Electabuzz, Magnemite, Kabuto, and various water type Pokemons. We recently also had clients catching a rare Hitmonchan on a Malibu wine tour to the great Malibu Family Wines. Visitors here can take advantage of their two PokeStops, a gym and numerous Pokemons! The winery also has a safari with its own PokeStop and offer guided Pokemon tours throughout their safari grounds, where camels, alpacas, zebras, bisons, and countless other animals roam the gorgeous Malibu Canyons. Searching for Pokemons at nighttime will increase your chances of catching rare and desired Pokemon types. See number 5 for further info on making catching Pokémon easier.

4. Control the Evolving of Eevee

Most of the enthusiastic Pokemon Go crowd booking limos for rent for Poke-hunting grew up during the 1990’s during the tremendous success of the Pokémon TV-series, cards, toys, Gameboy video games, and so much more. They will also recall that the Pokémon, Eevee, was the only Pokémon with the possibility of evolving into several Pokemons. While in previous video games, Eevee evolved into Vaporeon with a water stone, Flareon with a fire stone, and became a Jolteon with the thunder stone. These Pokemons are still around in the new game – one water type, one fire type and one electric type. In the new game however, there are no fire- and water stones, but you may still control the evolution of the Pokémon. Name the Eevee you want to become a Vaporeon as the name “Rainer.” Want a Jolteon? Name the Eevee “Sparkly.” And if you want a Flareon, rename the Eevee to “Pyro.” LAX sedan service clients told us recently though that by not naming it, it will still evolve, but you have no say in what Pokémon it evolves into. In other words, you can end up with two Vaporeons instead of a brand new Pokémon. Time will tell whether we will see more recent evolutions as Espeon, Sylveon, Umbreon and Leafeon Gladeon in this games’ version. 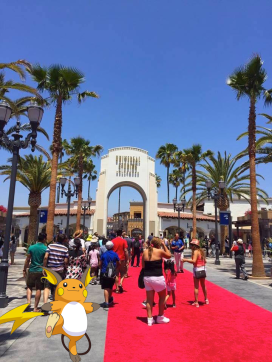 Many have ordered limos for rent in order to have a vehicle drive slowly around so all the Pokemons can get caught. All Pokémon Go players will know the frustration of seeing desired Pokemons and PokeStops pass as you’re driving down the freeway. A limousine rental will eliminate these issues and your chauffeur may drive as slow as needed. Gamers have given us many tips on catching Pokemons while moving, Pokemons fighting back and Pokemons with high combat power (CP). For instance, using Razz Berries will ease the Pokemon, make it friendlier and easier to catch. While Pokemons seem to relatively easy be able to get out of the normal Poké Balls, use the Great Ball or even the Ultra Ball for the highest chance of catching the most desired ones you encounter. Use the Incense in order to attract Pokemon to your location, or use the Lure Module by any PokeStop for more Pokemon to appear. Combine the Lure Module and Incense, while hanging out at a place such as the Malibu Café or Malibu Family Wines on a late Malibu wine tour. The rarest Pokemons seem to appear after night, and these and many more wineries and restaurants offer PokeStops to refill on Poké Balls, Potion, Revives, and other necessities. 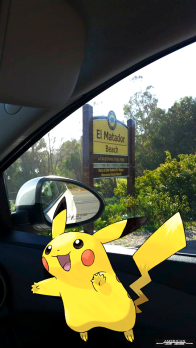 Many 90’s Pokémon fans will recall the original first two Gameboy games – the Pokémon Blue- and Pokémon Red Versions, – while some also remember the later Pokémon Yellow which was released in 1999, three years after the original Gameboy games. While you got the starter Pokémon options of Squirtle, Bulbasaur and Charmander in the original games, Pokémon Yellow added Pikachu as an alternative starter Pokémon. While many mistakingly believe your options are limited to three – Squirtle, Bulbasaur, Charmander – in Pokémon Go, there is also the Pikachu option in this game as well. Santa Barbara limo clients on a birthday Pokémon hunt told us how you can choose Pikachu: simply by being patient. Ignore the first three as they appear the first times you’re playing, and eventually Pikachu will appear as your fourth choice for a starter Pokémon.

Many mistakingly believe you have to actually walk in order for your eggs to hatch, but as LAX sedan service customers told us: “the quickest way is by driving.” First you will need to go by a PokeStop or two to pick up Poke-eggs. There are three types of eggs: the ones requiring 2 km of “walking”, the 5 km eggs, and the 10 km eggs. Hatching the eggs while hiking isn’t just tiresome and unnecessary: eggs will hatch quicker when driving. Why? Because the game actually not only look at the distance traveled, but also looks if you actually traveled in straight line! In other words, walking in circles around the house might not work! Remember to get additional incubators to begin the hatching process and see the distance remaining before hatching.

Did you know there’s different ways of throwing Poke Balls? While a “nice” catch will only give you 10 XP, an “excellent” throw will reward you 100 XP, and a “great” throw will give you 50 XP. But what many don’t realize is the curveball bonus, not only giving you a higher XP, but also a throw that increases your chances of catching the Pokémon! There are several ways of throwing a curve-ball, but holding your finger at the Poke-ball while spinning it clockwise or counter-clockwise might be the most common (the super spin). Spin ’til the phone vibrates and sparkles, then throw the ball. The other curve ball, known as the “Arc” is said to have the highest chances of succeeding in capturing the Pokémon. It may take some time to master this throw, but begin by swinging your finger in a curve that ends at the Pokémon itself. A group of friends on a Pokémon Go party with our LA party bus services told us how this throw doesn’t just give you the best catching bets, but gives you the highest XP per catch and recommended the curveball throws particularly for Pokemon that are relatively far away. Another way of gaining double XP while playing is the use of lucky eggs, especially recommended when battling at the gym or when evolving several Pokemon at once. Evolving while using a lucky egg will double the XP you will receive when a Pokémon evolves. 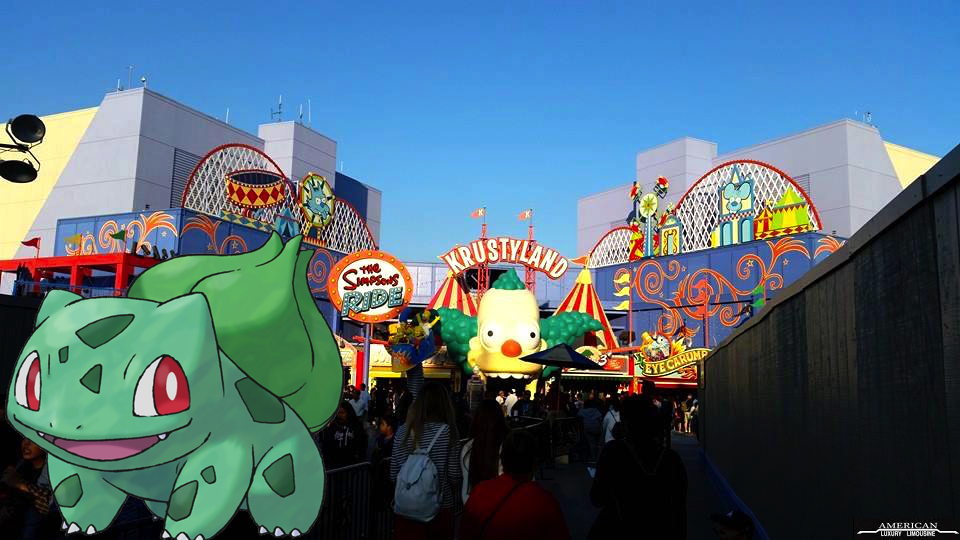